The wiring circuits in your vehicle are protected from short circuits by a combination of fuses and circuit breakers. This greatly reduces the chance of fires caused by electrical problems.

Look at the silver-colored band inside the fuse. If the band is broken or melted, replace the fuse. Be sure you replace a bad fuse with a new one of the identical size and rating. If a fuse should blow, see your dealer for service immediately.

If you ever have a problem on the road and do not have a spare fuse, you can "borrow” one that has the same amperage. Pick some feature of your vehicle that you can get along without – like the radio or cigarette lighter – and use its fuse, if it is the correct amperage.
Replace it as soon as you can.

The fuses are located in two fuse blocks, one located near the engine compartment on the passenger’s side and the other under the rear seat on the driver’s side. If a fuse should blow, have your vehicle serviced by your dealer immediately. 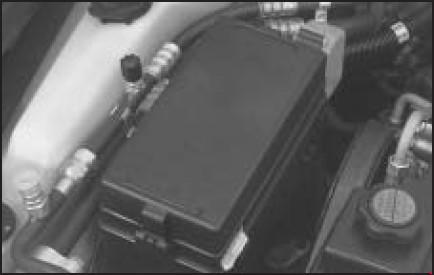 The underhood fuse block is located in the front of the engine compartment between the windshield washer fluid reservoir and the power steering fluid reservoir on the passenger’s side of the vehicle. See Engine Compartment Overview on page 5-12 for more information on location.

To access the fuses, push in the two tabs located at each end of the fuse block cover. Then, lift the cover off. 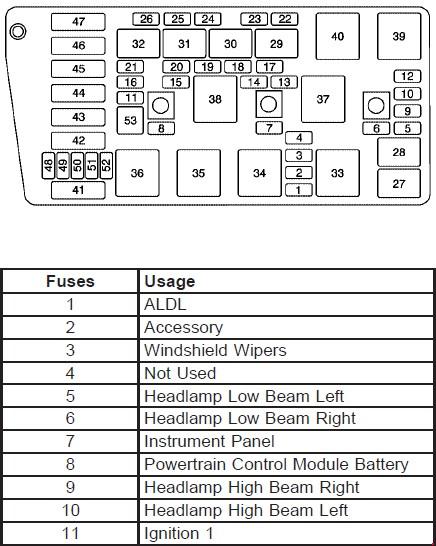 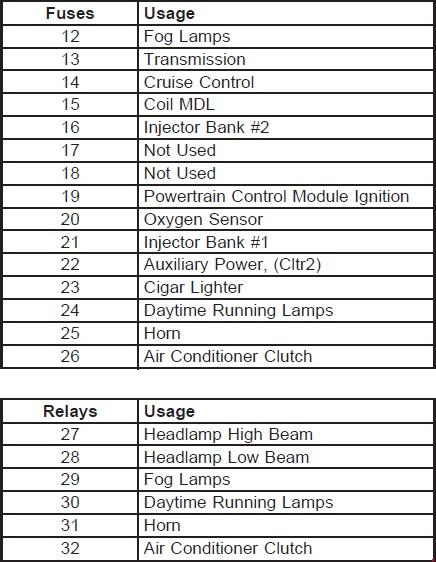 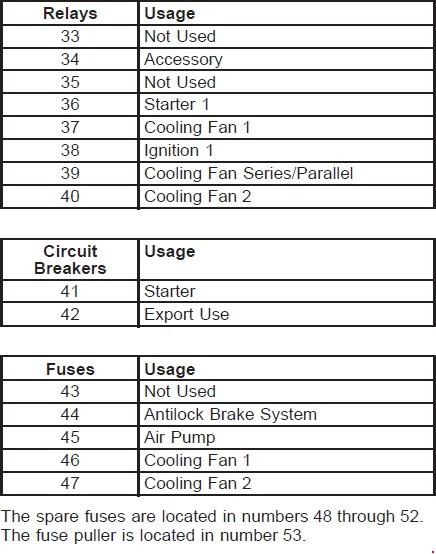 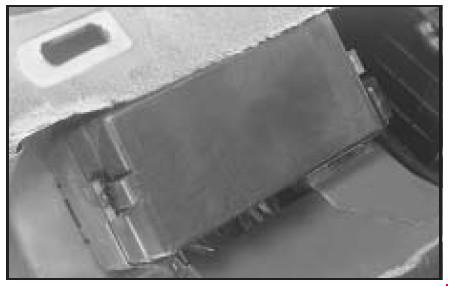 This fuse block is located under the rear seat on the driver’s side of the vehicle. The rear seat cushion must be removed to access the fuse block. SeeRemoving the Rear Seat Cushion listed previously in this section.

To access the fuses, push in the two tabs located at each end of the fuse block cover. Then, lift the cover off. 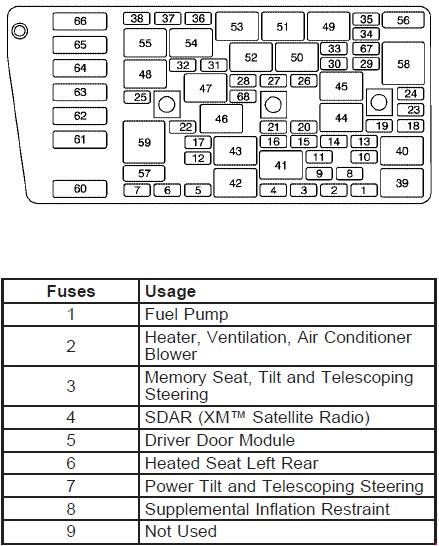 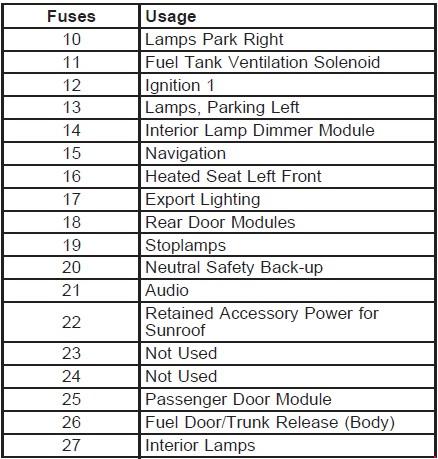 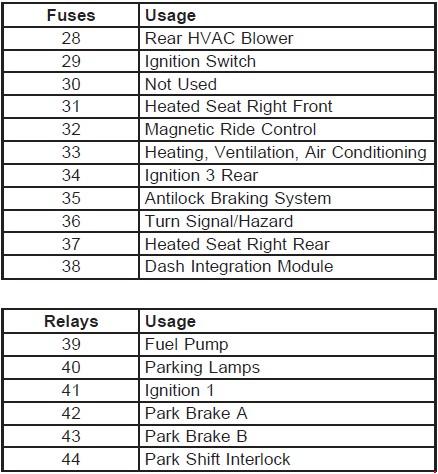 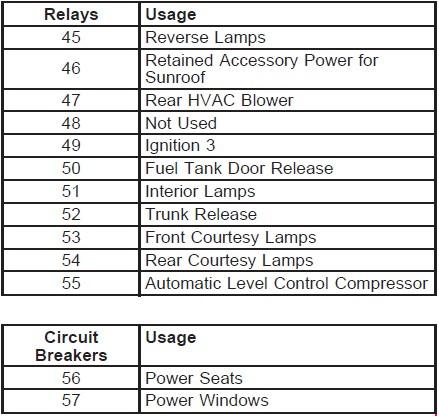 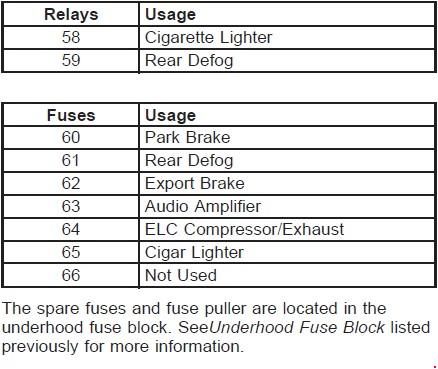