Your Aspire has a main fuse block under the hood and a regular fuse box mounted in the instrument panel behind a cover.

If the 80 Amp. fuse is blown, it must be replaced. To remove the main fuse block and replace the fuse: 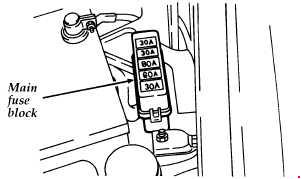 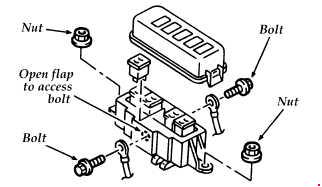 Fuse panel in the instrument panel 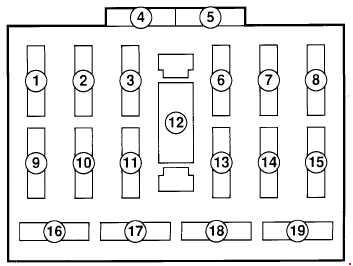 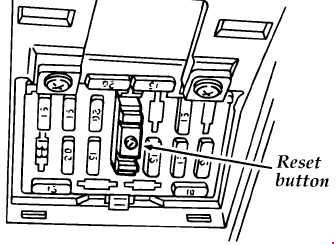 The climate control systems require high amperage. If the rated amperage is exceeded, a protective circuit breaker will open.
If the circuit is broken by the circuit breaker, turn all heater and air-conditioner switches off and restore the circuit by pushing the reset button located in the interior fuse panel.
Print
Fuse Box Diagram Ford Aspire (1994, 1995, 1996, 1997)
Ads