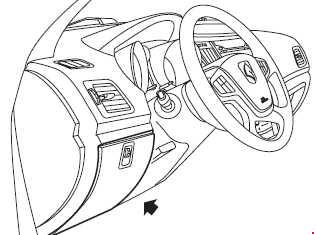 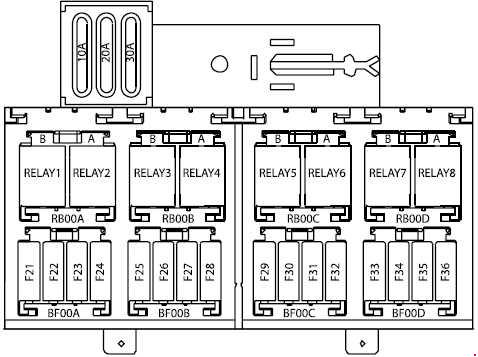 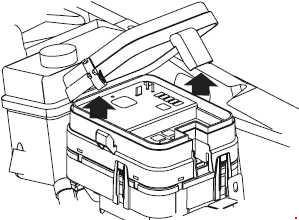 The fuse box locates in the right of the engine compartment.
Detach clamps and remove the cover to access the box. Make sure the cover is correctly fitted when replacing the cover. 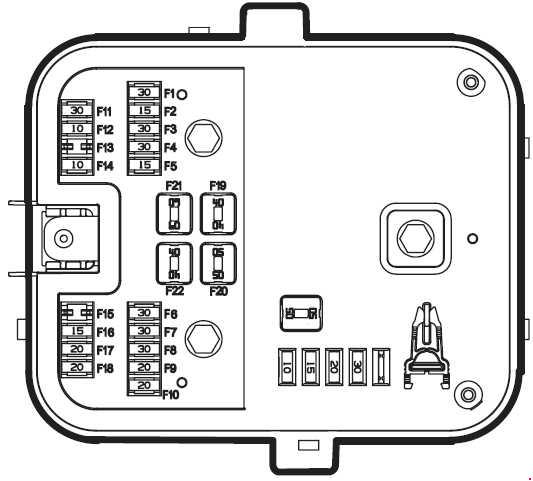 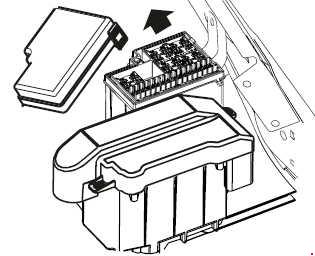 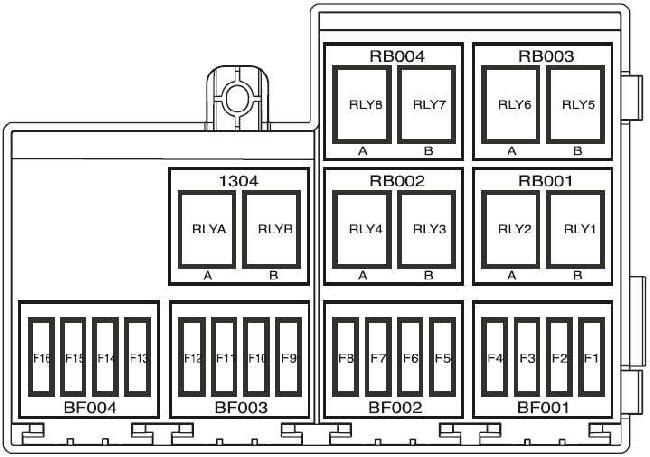